Lead by artist Dawn Sharkey, this workshop with year 3 pupils from Leeds, focused on raising awareness about safety whilst using the road and whilst swimming in the sea. There were four artists involved in facilitating this fun and informative workshop.

There were four groups facilitated by Dawn Sharkey, Larna Campbell, Louise Atkinson and myself. After introduction games we discussed the aims of the workshop which was to create images for banners that would tell young people how to stay safe. The banners would then be displayed in Bradford Bulls Stadium. 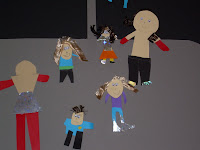 First we made people like us to walk on the footpath from card shapes so that the images could be seen clearly. 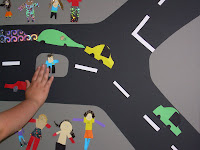 Next we made cars and placed these on the road. Dawn had made templates of traffic lights, zebra crossings and as you see above traffic islands. 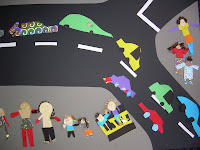 The young people learned how to use the digital camera to take pictures of the different ways to cross the road. Above is people crossing using a subway. We took a photograph of each scene and on our worksheets we did a drawing and wrote what we did. 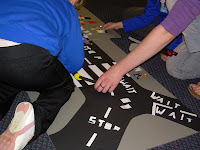 Next we cut out some letters from what we had written on our worksheets and arranged these on the road scene. 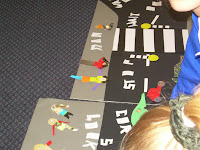 We had a great morning it was so much fun. This is what some of the kids said about it:
'It was brilliant today xx'
'I like the teachers so much!'
'I learnt how to be as safe as possible'
'I think it was a fantastic day'

Posted by Rebecca Strain at 10:05 No comments:

Oh this was sooo much fun!  I worked with Louise Atkinson to make a shanty town with pupils from six primary schools in Leeds.  Whinmoor, Crossgates, Seacroft Grange, Swarcliffe, and Grimes Dyke.
We gathered up all the things that were lying around our homes and local area that were not in use and created some beautiful artwork in the grounds of Temple Newsom.  Below are some pictures of what we did. 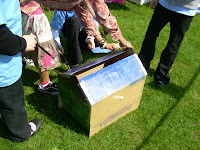 We worked in teams of 3-5 and designed and built our own building. 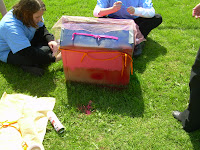 There were lots of decisions to be made about shape, colour, decoration etc. 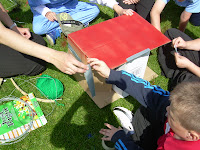 We all worked together to make it work. 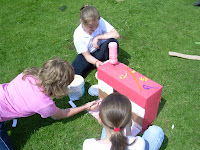 We painted the outside and made curtains and chimneys. 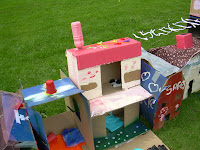 This is how it looked when we put them all together - we even built a bridge!!  And at the end of the day the whole town was recycled and made back into new card, paper and plastic for us to use again.
Posted by Rebecca Strain at 09:49 No comments:

I am volunteering on a project run by Artworks, Creative Communities, Bradford who are delivering a project focusing on healthly eating with a group of mature ladies from Bangladesh who meet regularly at BEAP in Manningham in Bradford.

When the lead artist Sarah McHenry and I met to discuss the ten week project we agreed that I would do a session on papermaking. I suggested using herbal tea to introduce this to the ladies in and informal way. After a series of sessions where the ladies used dried foods to make patterns, then draw from these patterns we decided that would be a good point to bring in the paper making session. 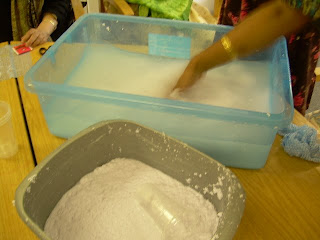 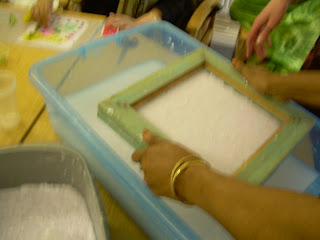 Some of the ladies were aware of the process and were really looking forward to giving it a go. I allowed them to lead and they encouraged the others in the group to take part. A problem that we face with this group is that many of the ladies don't speak much English. This session was very visual and I found it easy to demonstrate and facilitate with limited verbal communication.

The ladies all loved this process and were delighted when their sheet came out. They used herbal tea to dye the sheets and plants and dried food to decorate. Here are some images of the process. 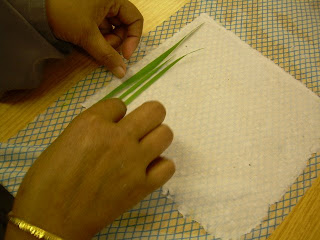 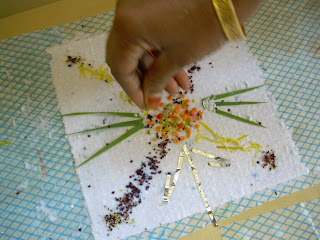 Posted by Rebecca Strain at 12:03 No comments: 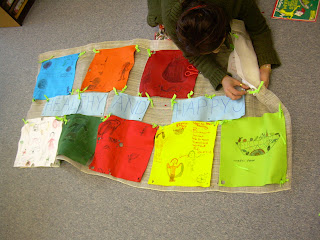 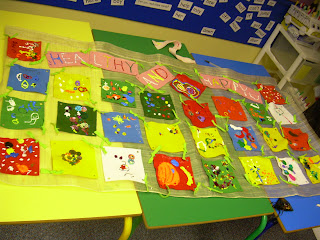 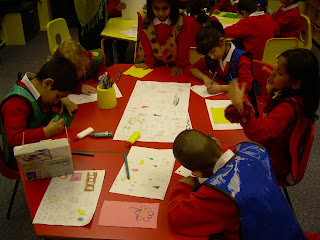 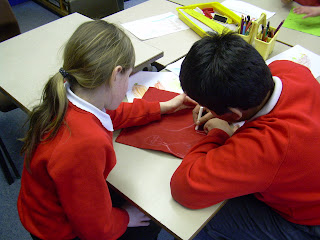 March 2008, International Women's Day - A better world in your Hands' 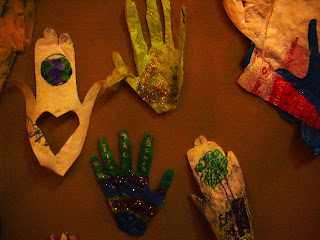 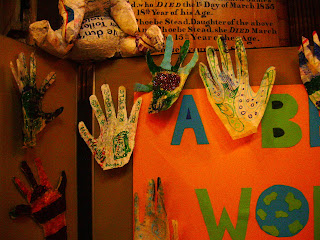 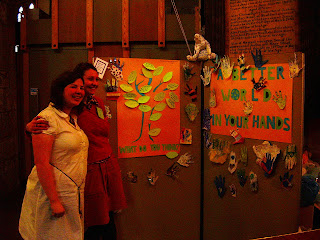 Participants were provided with materials with which to decorate with their plastic bag Hands with words or images of what they have learned about positive effects hey can have on their environment. The Hands would then be displayed with other Hands made by participants symbolising that our personal efforts combine to make a big difference. There was an opportunity at this point for participants to reflect on the creative experience and add to a feedback tree.
Posted by Rebecca Strain at 19:53 No comments: 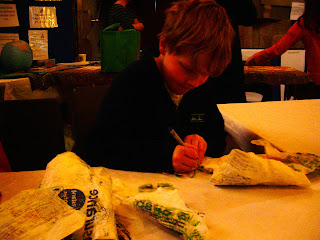 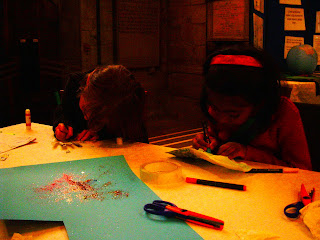 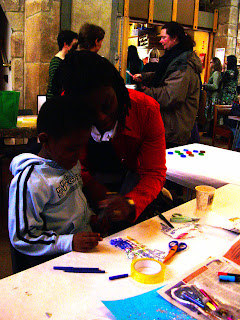 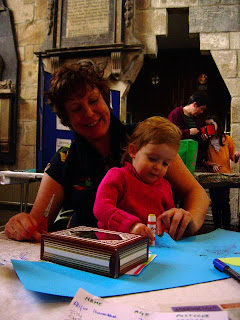 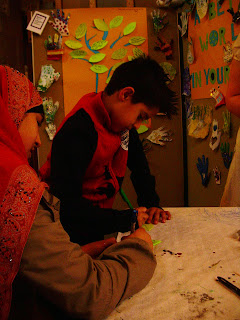 The title of the workshop was be 'A better world in your hands'. The Hands symbolise something universal yet personal. We invited participants to make there own hand from the plastic bags they have brought with them. By using recycled plastic bags we hoped to encourage participants to think about reusing as a way of cutting down waste and in turn reduce their carbon footprint.
Posted by Rebecca Strain at 19:40 No comments: