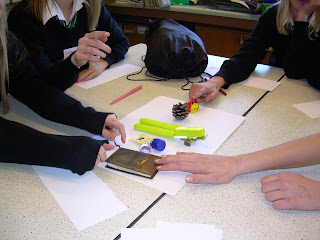 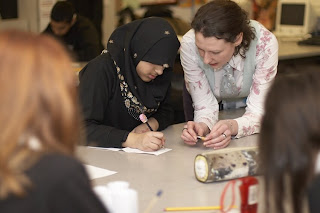 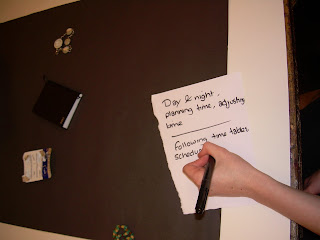 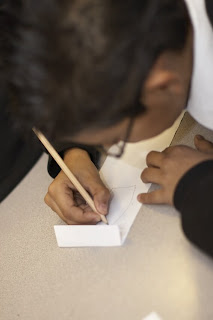 This year I took part in the Artist Carousel programme run by Education Leeds and ArtForms. Nine artist and nine schools were chosen to take part. The aim of the project was to introduce artists and secondary schools. Artists were asked to share the way they work with pupils at the schools.
The topic of my sessions were 'Communication in Contemporary Art Practice'. I wanted the students to think about what they are trying to communicate visually through their work and also to share with them ways to come up with and then develop thier ideas.

I used Clare Charnley's Coversation of Things as an example of visual communication. I specifically chose this artist as she lives locally and had been short listed for the prestigous Northern Art Prize.

The pupils from year 7 to year 13 worked in small groups and created there own conversations using things from the classroom and things I had brought to the session. We then discussed our experiences and shared our converstaions. It was important for the pupils to work outside their sketchbook and not to be afraid of 'making mistakes' or getting it wrong. Feedback from pupils was excellent. 'It made me think opener about art', said one pupil form Brighshaw High School. Other schools I worked with were Horsforth School, Benton Park, Roundhay and Priesthope.
Posted by Rebecca Strain at 06:43 No comments: